Things to do in Wahiawa 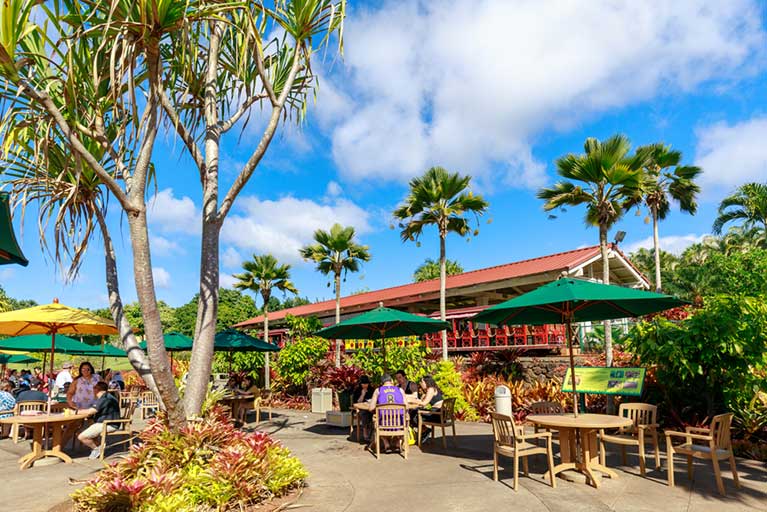 Located in the “central valley” between two mountain ranges, Wai'anae Mountain and Mount Kaʻala (the highest peak on Oahu) is Wahiawa. Wahiawa is often called the piko (belly button) of Oahu, but "Downtown" Wahiawa is not really considered a tourist destination as agricultural fields and military bases surround it. Wahiawa is also surrounded by Lake Wilson, the second largest reservoir in Hawaii, and is used to irrigate agricultural fields including the Dole Pineapple Plantation.

However, there are lots of fun activities and things to do in Wahiawa. It’s 20 miles north of downtown Honolulu, but the central valley is worth the trip if you want to explore cool, hidden parts of Oahu, or if you’re headed to the North Shore.

Valley of the Temples Memorial Park

The Valley of the Temples Memorial Park is an authentic slice of Japan, enjoyed by locals and visitors alike. The centerpiece of the park is the 1960’s replica of the Byodo-In Temple, a smaller-scale replica of the over 950-year-old Byodo-in Temple in Uji, Japan. The ornate temple is open to people of all faiths and the temple ground is also used for wedding ceremonies and more. The Byodo-In Temple is also a stop on IMI’s Circle Island Tour

Wahiawa Botanical Garden is a 27-acre forest featuring many native and naturalized Hawaiian plants. The local sugarcane farmers started the garden 80 years ago as an experiment. The Wahiawa Botanical Garden offers a stunning mix of the manicured plants and wild, tropical ferns and forests of bamboo. Several paths are also wheelchair friendly.

Located in the center of Oahu, the Kukaniloko birthing stones are like an Ancient Hawaiian Stonehenge. 180 lava-rock stones make up this Hawaiian monument, which was once used as a royal birth site. The stones were believed to possess the power to ease the labor pains of childbirth.

Green World Coffee Farm is the must stop spot for coffee lovers. They roast all the coffee on-site with homegrown beans, and offer free tours of the farm daily from 9am - 5pm. They have an espresso bar and a retail shop, with free sampling, free wi-fi and a great roadside vibe. Green World Coffee Farm also ships a huge range of products all over the world.

Get to the center of Oahu with a Wahiawa shuttle by SpeediShuttle. We have a fleet that can accommodate groups of any size, and cars for any occasion. Whether you want transportation to and from the airport or a car for a night on the town.

If you're headed to Wahiawa, reserve both your Honolulu Airport Shuttle (HNL) and Oahu Tours with SpeediShuttle!

Let us show you our paradise on a guided tour of Oahu! We offer a much more intimate experience for travelers aboard smaller vehicles with local guides showcasing the wonders of the land and people of Hawai’i nei.